Sarah, a young and scared 14-year-old girl, stumbled into FirstCare by accident. She was actually trying to find the abortion clinic, as she was told it was in the same location. Upon walking in, she was warmly greeted by the First Care receptionist. She was asked what she needed. Sarah said that she had taken a positive pregnancy test at home and was looking to get an abortion. Although the receptionist told her they do not perform or refer for abortions, she also mentioned that First Care offers free proof of pregnancy and sonograms. Both of these are required for an abortion. 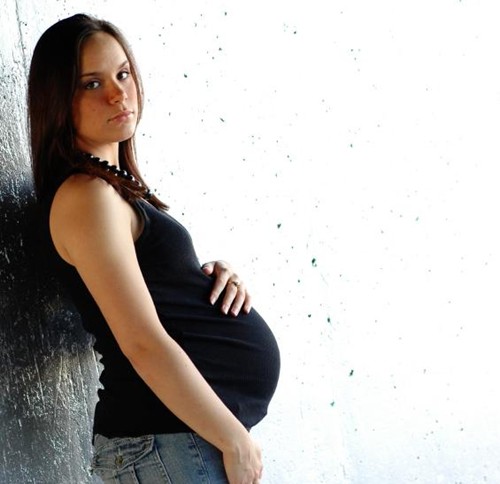 Sarah said that something inside of her was telling her to stay. She agreed to get the proof of pregnancy and sonogram at First Care, but only if they could see her right away. There had just been a cancellation ten minutes prior and one of our trained client advocates was free to see her right then.

Sarah was timid as she walked into the room, but the warmth and kindness shown to her by the client advocate quickly ameliorated her concerns. Sarah opened up, sharing that she became pregnant by her boyfriend and that he wanted nothing to do with raising a kid. She had just started her freshman year in high school and did not think she was able to care for a baby.

After quite some time of talking about Sarah’s concerns together, they also discussed possible solutions. If she were to parent, she could attend parenting classes and receive assistance with getting resources for her and her baby. If she decided not to parent, but to keep the baby, there were plenty of people with loving homes that would adopt.

In the end, Sarah decided to keep her baby, but to place the child for adoption. When asked what it was that led her to change her mind, she replied:

“I had no intentions of keeping my baby that day. I saw my pregnancy as a problem that could be quickly solved. After stumbling into First Care, which ended up being a total miracle that I did, I learned something new. I learned that there is a God out there and that He truly loves me. He makes no mistakes. If I’m not a mistake, then neither is my baby. Although I did not feel that I could personally care for the baby, nor was I ready, I wanted to give him or her a chance at a good life. I learned that ending the life of my baby was no solution; in fact, it would likely just cause more problems. I already felt so much guilt that morning heading to the abortion clinic, and I cannot imagine how I would feel if I were to have ended my baby’s life. Because of First Care I gave birth to a beautiful baby boy who was named Samuel. He is now learning to walk.”

Young women like Sarah are daily reminders for us at First Care that the difference between choosing life or not is profoundly fragile. You can imagine what may have happened if she had not “stumbled into” First Care, but rather into an abortion clinic. Can you also imagine what would happen if First Care was not even available to help people like this young teenager? We’d like to ask for your support as another year comes to a close. Your financial gift will help provide women with a safe place for them and their unborn babies, where they are valued, cared for, and protected. What could be more important?

Click here to give now! We can’t thank you enough  advance for your love, prayers, and support to celebrate, defend, and save life in Palm Beach County!