Will Mississippi’s “most restrictive ban” on abortions make any real difference? 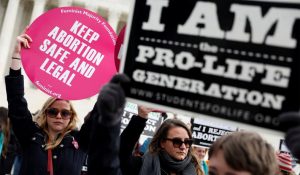 “After a heated floor debate, the [Mississippi State] Senate on Tuesday passed a bill 35-14 to ban abortions after 15 weeks of pregnancy, bringing the state one step closer to enacting the most restrictive abortion ban in the country.”  (Read the whole article here)

We commend the state of Mississippi for trying to protect life in the womb. While CNN may be correct in labeling this law as the “most restrictive,” it is important to remember that this law would impact only 8% of abortions. According to the CDC 92% of abortions are conducted in the first trimester.  This, of course, further begs the question: are unborn children in weeks 1-14 somehow less human or less worthy of protection?

Consider the following from the Life Training Institute:

More from The Life Training Institute on this issue:

Philosophically, there is no morally significant difference between the embryo you once were and the adult you are today. As Stephen Schwarz points out using the acronym SLED, differences of size, level of development, environment, and degree of dependency are not relevant in the way that abortion advocates need them to be.

Size: Yes, embryos are smaller than newborns and adults, but why is that relevant? Do we really want to say that large people are more valuable than small ones? Men are generally larger than women, but that doesn’t mean that they deserve more rights. Size doesn’t equal value.

Level of development: True, embryos and fetuses are less developed than you and I. But again, why is this relevant? Four year-old girls are less developed than 14 year-old ones. Should older children have more rights than their younger siblings? Some people say that self-awareness makes one valuable. But if that is true, newborns do not qualify as valuable human beings. Six-week old infants lack the immediate capacity for performing human mental functions, as do the reversibly comatose, the sleeping, and those with Alzheimer’s Disease.

Environment: Where you are has no bearing on who you are. Does your value change when you cross the street or roll over in bed? If not, how can a journey of eight inches down the birth-canal suddenly change the essential nature of the unborn from non-valuable tissue mass to valuable human being? If the unborn are not already human and valuable, merely changing their location can’t make them so.

Degree of Dependency: If viability bestows human value, then all those who depend on insulin or kidney medication are not valuable and we may kill them. Conjoined twins who share blood type and bodily systems also have no right to life.

In short, it’s far more reasonable to argue that although humans differ immensely with respect to talents, accomplishments, and degrees of development, they are nonetheless equal (and valuable) because they share a common human nature. Humans have value simply because of the kind of thing they are, not because of some acquired property they may gain or lose during their lifetimes.

While any curtailing of abortion is a good thing, it is always important to remember the reason why all abortion is wrong, and that steps in the right direction are just that.